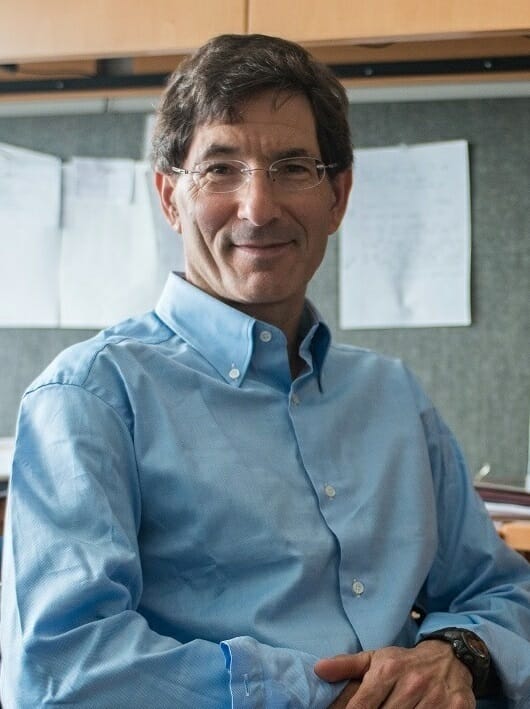 Professor of Medicine
Division of Cardiovascular Medicine
University of Pennsylvania

Dr. Mark Kahn is a practicing cardiologist in the Division of Cardiovascular Medicine at the University of Pennsylvania. He has won many prestigious awards including the Judah Folkman Award in Vascular Biology from the North American Vascular Biology Organization (NAVBO) and the Cooper-McLure Chair in Medicine. Mark is widely recognized nationally and internationally for career contributions in the field of vascular development and function. He has made numerous scientific contributions including basic mechanisms of lymphatic vascular function and growth, the role of fluid shear forces in cardiovascular development, and connections between the gut microbiome and cerebral cavernous malformation. Mark’s research has been funded by the National Institutes of Health/National Heart Lung Blood Institutes, the Leducq Foundation and the American Heart Association. Mark has been a mentor to many outstanding graduate students and post-doctoral fellows in his laboratory who have become highly successful independent scientists and physician-scientists.

Cerebral cavernous malformations (CCMs) arise in the brain and are a common cause of stroke and seizure. CCM disease is caused by loss of one of three CCM proteins that complex to negatively regulate MEKK3-KLF2/4 signaling in brain endothelial cells.  This webinar will discuss recent studies that reveal that the level of MEKK3-KLF2/4 signaling in brain endothelial cells is determined by the gut microbiome and gut barrier, insights that may allow new approaches to the treatment of this brain vascular disease.

Papers related to this presentation are: