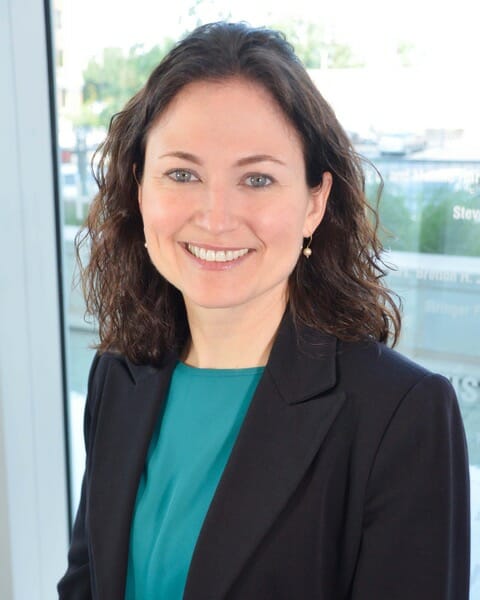 What Chromatin Remodelers Can Teach Us About Vascular Development and Integrity

THIS WEBINAR IS BEING SPONSORED BY BIOSPHERIX

Courtney Griffin was raised in Athens, GA. She earned her undergraduate degree in Biology at Harvard College in 1995 and her Ph.D. in Biomedical Sciences at the University of California San Francisco in 2001. During her graduate training, she became interested in vascular development and its implications for embryonic growth and for postnatal health and disease. She pursued postdoctoral training at the University of North Carolina at Chapel Hill, where she was exposed to the field of epigenetics. In 2008 she launched her own lab at the Oklahoma Medical Research Foundation (OMRF) in Oklahoma City studying the impact of epigenetics on vascular development. Her lab’s research is generating novel insights into genes that regulate blood and lymphatic vessel identity and integrity. She is currently a full Member in the Cardiovascular Biology Research Program at OMRF and holds an Adjunct Professor position at the University of Oklahoma Health Sciences Center. She is also the Scientific Director of the Oklahoma Center for Adult Stem Cell Research and is active within NAVBO and the American Heart Association.

Her lab is interested in the transcriptional regulation of genes that impact vascular development and integrity. Their long-term goal is to generate insights that can be exploited for developing therapeutic approaches to combat vascular pathologies. They take an unconventional approach toward identifying genes important for vascular biology by exploiting ATP-dependent chromatin-remodeling complexes. These complexes epigenetically modulate chromatin to facilitate transcriptional regulation of target genes. By generating mice with vascular-specific mutations in the catalytic subunits (ATPases) of these complexes, her lab discovers correlations between misregulated target genes and vascular phenotypes affecting endothelial cell morphology and behavior. This unique approach is yielding novel insights into genes and signaling pathways that have been overlooked or underappreciated within the vascular community, as she will highlight in this NAVBO Webinar.