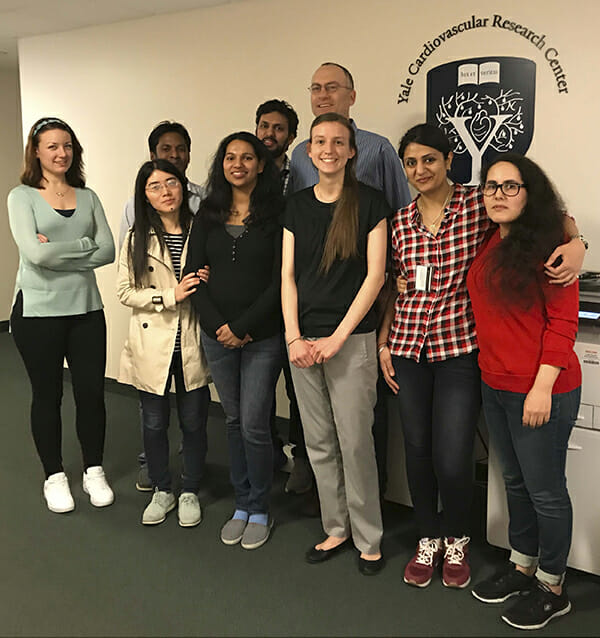 Daniel Greif graduated with a B.S. in chemical engineering from Stanford University and a M.D. from University of California San Francisco. He trained in internal medicine at University of Washington and Brigham & Women’s Hospital at Harvard University and in cardiovascular medicine at Stanford. Dan trained in the labs of F. William Luscinskas and Thomas Michel at Harvard and in the lab of Mark Krasnow at Stanford and the Howard Hughes Medical Institute. In October 2010, Dan joined the faculty and started his independent lab at Yale University and has risen to the rank of Associate Professor in the Departments of Medicine and Genetics. Dan received the Springer Junior Investigator Award from the North American Vascular Biology Organization in 2015 and an Established Investigator Award from the American Heart Association in 2019 and was elected to the American Society of Clinical Investigation in 2018. His laboratory focuses on vascular mural cells and myofibroblasts in development and diseases of the blood vessels and of the lungs.

Paper related to this work are: